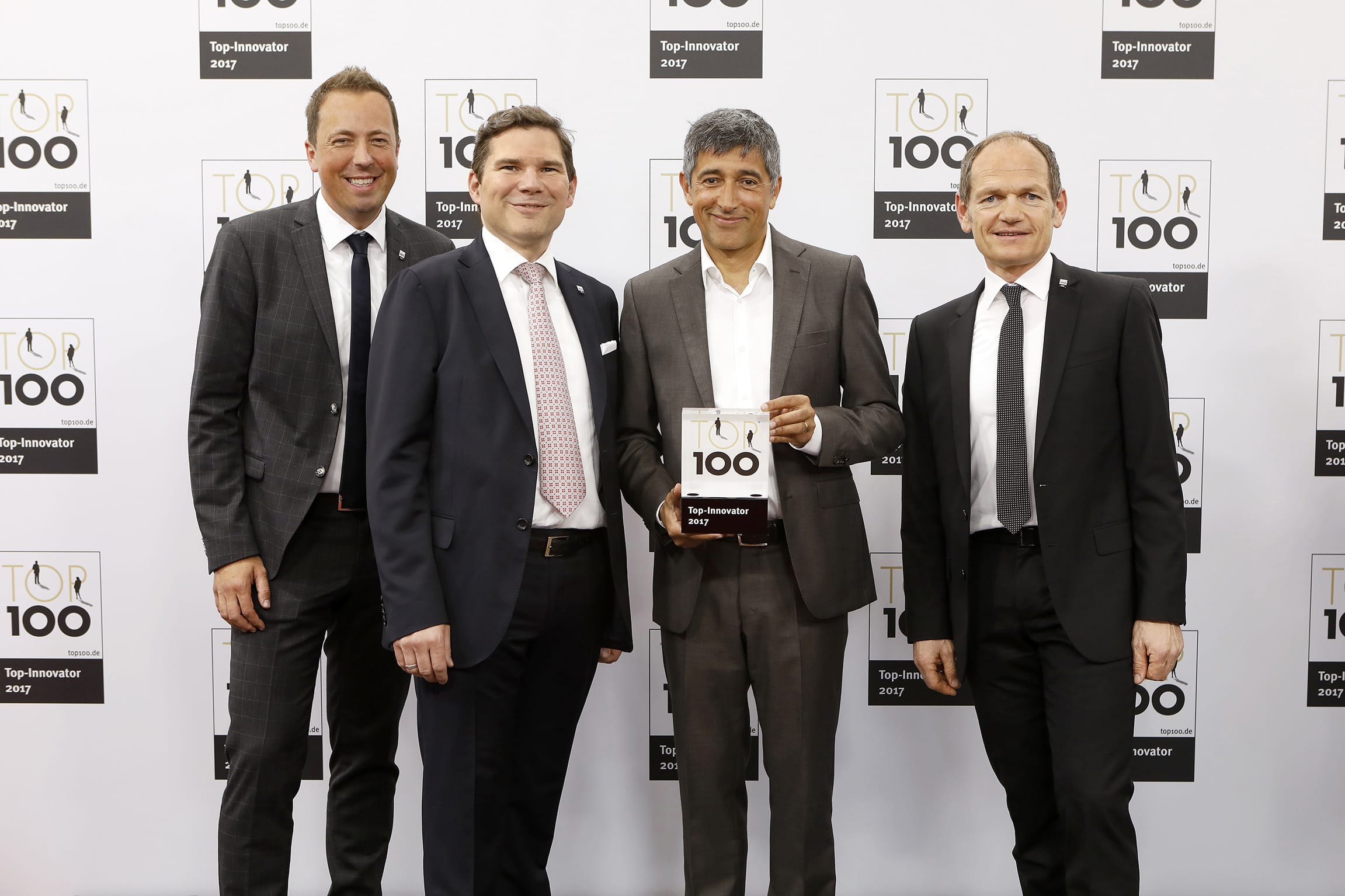 Überlingen – How does a company know what issues its customers face? In most cases Demmeler Maschinenbau GmbH & Co. KG has a good idea of what the issues are – for a simple reason: it is the leading manufacturer of 3D welding tables and one of this year’s leading innovators in the German SME sector. The Heimertingen-based company will be presented with the Top 100 award, now in its 24th year, by Ranga Yogeshwar, Professor Nikolaus Franke and compamedia. The independent panel of judges particularly praised the success of the company’s innovations.

Many companies bring new ideas to market, but only a few of them come up with an innovation that becomes an industry standard. Demmeler Maschinenbau GmbH & Co. KG has achieved just that: its 3D welding tables have set the standard. The modular clamping system makes them highly flexible, and they can be found in both small specialist companies and major industrial groups. The welding tables are used mainly in structural steel engineering, sheet metal working, assembly fixture, laser welding and body-making.

Since it was founded in 1961, the company and its 198 employees have been committed to innovation. “We started out as a contract manufacturer, and over time we began making our own products,” says Johannes Demmeler. “Our innovations have made us what we are today, and that is why we focus so heavily on being innovative,” he adds. The customer’s success is always at the forefront of the company’s thinking: its innovations – such as 3D welding tables and tri-axle manipulators – reduce production costs, increase quality, improve safety at work and make the workplace more ergonomic. After all, the litmus test for the success of any innovation is how useful it is in practice – ideally in all of the above areas.

Since 1993, compamedia has been awarding the Top 100 seal of approval to SMEs with a particular ability to innovate and above-average success rates for innovations. Professor Nikolaus Franke has coordinated the project since 2002. He is the founder and director of the Institute for Entrepreneurship and Innovation at the Vienna University of Economics and Business Administration and a visiting professor at the Massachusetts Institute of Technology (MIT). He is one of the world’s leading innovation researchers and has won 18 science awards and published over 200 articles. The Top 100 is mentored by science journalist and television presenter Ranga Yogeshwar and organised in partnership with the Fraunhofer Society for the Promotion of Applied Research and the German Association for Small and Medium-Sized Businesses (BVMW). Media support for the company benchmarking competition is provided by manager magazin. Further information is available at www.top100-germany.com.